An ancient civilization, a great Empire

The history of the Armenians goes back to about 700 BC, when Indo-European populations mixed with the inhabitants of the area south of the Caucasus. In 190 BC. Armenia became independent with the support of the Romans and expanded its treaty quickly. In the first century BC, the Armenian empire was one of the most powerful empires in Asia. Under King Tigranes II (95-56 BC) Reached it from the Caspian Sea to the Mediterranean. Armenia then belonged to now, Turkey, Lebanon, Iraq, Iran, Azerbaijan and Georgia.
The Christianisation of dying in the course of the second and third centuries, provided in the Roman Empire, also reached Armenia. In the year 301 Christianity became the religion in independent Armenia. Armenia is also considered the oldest Christian state in the world.

From the fourth century, independence came to an end. Armenia was a plaything of imperialist empires and was conquered until the fourteenth century by Persians, Byzantines, Arabs, Turks and Mongols. Some of the rulers were quite tolerant of the Christians and Jews living in Armenia, while the Armenian Christians persecuted persecution. Especially the Mongols used a reign of terror and many Armenians were killing off to Georgia, Ukraine, Poland and even Western Europe. Under the rule of the Ottoman Turks and the Persians (from the fifteenth to the eighteenth century) Armenians played an important economic role. In the Middle East, an extensive network of Armenian merchants and bankers developed that, among other things, had contacts with the West. The Armenians thus linked up with the VOC from the Netherlands and were mediators in trade contacts between the Netherlands and the Persian and Ottoman Empire.

Armenians in the Ottoman Empire

In 1828 Russia conquered the part of Persia where the Armenians lived, including the city of Yerevan. The rest of the area inhabited by the Armenians continued to form part of the Ottoman Empire (the northeast of present-day Turkey). In Turkey, the Armenians formed underground political organizations that sought independence. The Ottoman sultan Abdul Hamid II (1842-1918) founded Kurdish equestrian regiments to suppress these movements. At the end of the nineteenth century, these regiments caused a great massacre among the Armenians. In addition, hundreds of thousands of Armenians died.

International opinions are very divided on the Armenian issue. The Armenians accuse the Turks of systematically killing large parts of their population in 1915. The Turks, in their turn, deny this and say that only deaths have occurred in the deportation of Armenian civilians from war zones.

The issue is very sensitive in both countries and it also makes it difficult for Turkey to join the accession talks to the European Union. The EU believes that Turkey must recognize that it has committed genocide. Turkey says there is no evidence that genocide ever took place. Also among historians there is no agreement about what really happened. They do agree on the following.

During the First World War, the Ottoman Empire (which includes present-day Turkey and Armenia) is at war with Russia. The Armenian people, encouraged by the Russians, see her chance clean and rebel against her Ottoman rulers. Armenians leave the Ottoman army, join Russian troops or start their own guerrilla groups behind the Ottoman lines.

To get the situation under control, the Ottoman government decides to remove the Armenian population from the war zone. There are a lot of deaths here.

So far, most historians agree with each other. The Armenians, however, claim that during these deportations people were systematically killed by the Turks. They claim that more than one million people died during transport and therefore speak of a genocide.

The Turks do not deny that many people died during transport. However, they say that it is much less – around 200,000 people. In addition, they emphasize that it was wartime. They say that the Turks could not help but remove the Armenians from the war zone.

In recent years, the Armenian issue, as the Armenian accusation of genocide and the Turkish denial of it is mentioned, is again in the news. Because Turkey wants to join the European Union, it must recognize the genocide of the Armenians according to various member states (including the Netherlands). Turkey refuses this and believes that European countries should not interfere with its past.

In the Netherlands, we also believe that Turkey must recognize the genocide. This led to a small riot in the House of Representatives in 2006. CDA MPs Ahyan Tonca and Osman Elmaci and PvdA member Erdinc Sacan refused to recognize the Dutch position and were removed from the electoral lists by their party. 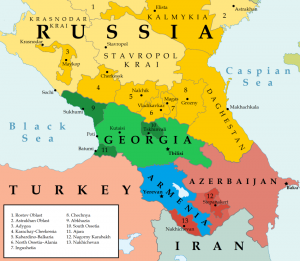